Lev 23:9-14
“And the Lord spoke to Moses, saying, “Speak to the children of Israel, and say to them: ‘When you come into the land which I give to you, and reap its harvest, then you shall bring a sheaf of the firstfruits of your harvest to the priest. He shall wave the sheaf before the Lord, to be accepted on your behalf; on the day after the Sabbath the priest shall wave it. And you shall offer on that day, when you wave the sheaf, a male lamb of the first year, without blemish, as a burnt offering to the Lord. Its grain offering shall be two-tenths of an ephah of fine flour mixed with oil, an offering made by fire to the Lord, for a sweet aroma; and its drink offering shall be of wine, one-fourth of a hin. You shall eat neither bread nor parched grain nor fresh grain until the same day that you have brought an offering to your God; it shall be a statute forever throughout your generations in all your dwellings.”

Is there anything at all that isn’t controversial among the people of God — whether Jews or believers in Yeshua/Jesus?  I am not sure.  And the appointed time for the Firstfruits/Resurrection is certainly among the controversies.  Yet, the Word of God is pretty clear about it.  Men and women of God have brought in confusing teachings which have brought division within the household of God, and which does not give non-believers confidence that we know how our “traditions” came to be.  I am certain that what I have to say here will not find ready agreement by all, maybe not even most.  But I will put it out here.

God gave Moses to tell Israel that the appointed time of Firstfruits (of the barley harvest) on the day after the Sabbath after the Israelis came into the promised Land of Canaan. There is no “date” given.  We generally think of this appointed day as coming during Passover/Unleavened Bread week, which is right, since the Israelis came into the land on the 10th day of first month, which is the day that the lambs were selected and began being examined before the Passover on the 14th of the month.  (Josh 4:19 – 5:12)

That means that Firstfruits would have been celebrated on the day after the Sabbath during the Passover week; in other words, on the first day of the week (which begins the counting of the sheaves for seven weeks, or 50 days, bringing the next appointed day of Shavuot/Pentecost, also always falling on the day after the seventh Sabbath, or, always on the first day of the week.) (Lev 23:15-17)  There is nowhere mentioned in the whole Bible that Firstfruits/Resurrection annually falls on the 16th or 17th of the first month.

(On another related topic, the Passover must always be in Aviv, or in the first month of the Spring season. Dt 16:1; the word popularly used in the West for the Firstfruits/Resurrection is Easter, which is a German-based word which means Spring.  It is not related to Ishtar.  Christians also call the resurrection celebration Pascha, a word which is equivalent to the Hebrew Pesach/Passover.  In any event, it is always in the Spring on the first first day of the week — Sonday — following the first full moon after the Spring equinox.  The Biblical Passover always begins on a Full Moon, the 14th day of a lunar month.  In the Jewish calendar, the lunar calendar needs to be periodically adjusted to the Sun/solar calendar, which affects the timing of the Passover.  Also, Biblically, the Passover observance was based on whether or not the barley harvest was ready.  If not at the first instance, then the people needed to wait another month before celebrating, which, obviously, also affects its “fickle” dating, and, of course, its correspondence to Christian monthly or seasonal celebration dates, which are determined by the Sun alone. For many centuries, the Jewish people have not reckoned the beginning of Aviv with the barley harvest, but have pre-calculated the calendar based on religious and astronomical considerations.)

When Yeshua/Jesus was crucified on Passover (and even here there is much controversy on the exact day and date), this would have been on the 14th of the month.  He rose from the grave early on Sonday morning, the day after the Sabbath.  The shortest possible time between the Passover and celebration of Firstfruits, according to Leviticus, would be if the Passover fell on Friday evening and the 7th day Sabbath.  The day after the Sabbath during Passover week would be the next day, the first of the week.  This would be the 16th (or the 15th, again depending on the reckoning) of the month.  So we see that the 17th of the month is not the Biblical date of the Resurrection of Messiah/Christ.  The date is variable, flexible.

Yeshua’s death and resurrection came during a week that allowed Him to fulfill the Word of God in the shortest possible time that would accomplish the Father’s will and purpose for redemption, including, fulfilling the only sign which Jesus gave to an evil and adulterous generation (both then, and still today in our generation):  the sign of Jonah, who was in the belly of the great fish for three days and three nights. (Mt 12:38-41; Jon 1:17)  So, if Yeshua died on Friday, the 14th of Nisan, then Saturday/Shabbat was the 15th, and Sonday was the 16th, on the third day.  There is still no 17th of the month! If He was the Passover Lamb on Thursday (which is questionable, too!), then Sonday is the 17th.

Of course, even here there is controversy in counting the three days and three nights.  It certainly does not require 72 hours, but in Biblical reckoning includes any part of a day or of a night, which still baffles everyone trying to reconcile it. (see related articles:
https://www.streamsinthenegev.com/three-days-and-three-nights-the-sign-of-jonah-1-apr-2016/ ; https://www.streamsinthenegev.com/birth-death-and-good-friday-of-messiah-yeshua/ )

Faith believes God, whether or not we can figure it out!  Yeshua, and the Apostle Paul says that the gospel included that Messiah died, was buried, and rose again on the third day according to the Scriptures. (Lk 24:44-47; 1Cor 15:3-4)  The date for Firstfruits/the Resurrection has nothing to do with the 17th of the month, but, rather, the day after the 7th-day Sabbath during Passover week.  This year presents us with the longest count, and that day falls on April 4, or the 22nd day of Aviv/Nisan.  Passover ends on the day before, a 7th-day Sabbath.  Counting the sheaves/omer does not Biblically begin on the day following the Passover — which is a Sabbath rest — because the next Sonday, using this year’s calendar, is not a Jewish Sabbath!  Seven Sabbaths need to be counted to bring us to the fullness of the count for Shavuot/Pentecost, therefore also always occurring on a Sonday. (Lev 23:9-17)

In the Creation week, the first day was the day that YHVH God said let there be light, out from the darkness; and He separated the Light from the Darkness.  This light was before the Sun.  This light was not created, but was the light that is God, just as it will be in the New Jerusalem. The 7th-day Shabbat is to remember that God created the heavens and the Earth in six days, and He ceased on the 7th day, from which comes the word Shabbat/Sabbath.  We also remember God’s redemptive deliverance of His chosen covenant people Israel from bondage to Pharaoh in Egypt.

In remembering the six days of creation, we remember that on the first day God said, “Let there be light!”  When we are born-again, we are brought into God’s light out of spiritual darkness.  We are brought into a new creation, life after death, life after the 7000 seven-day history that will be this creation’s.  (Yeshua was in the grave and Sheol/Hades on that eventful Sabbath.)  We are brought “into the Land”, the Kingdom of God, inheriting the whole Earth, which includes the promised inheritance for the remnant of the “all Israel” that is saved and possesses the Land of Canaan/Israel. Prophetically we New Covenant believers in Jesus/Yeshua look beyond the Millennial Kingdom — this creation’s Sabbath rest —  to the New Heavens and New Earth — the eternal “day after the Sabbath” — where the Father’s Kingdom will be fully manifested for eternity!  Praise the LORD!  Even so,come, Lord Jesus! 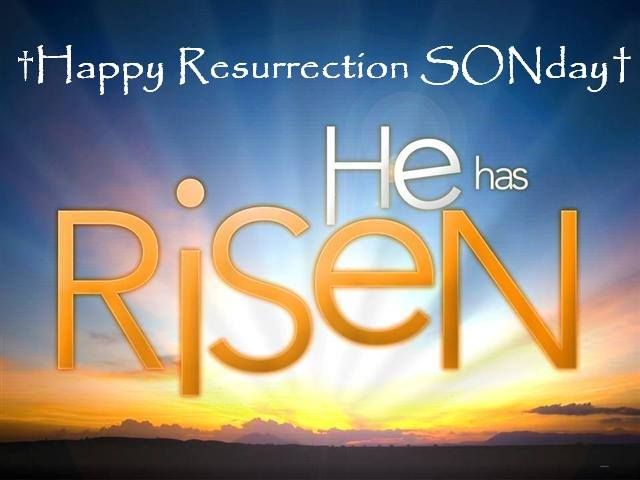 Hanukkah: A Greater Than The Maccabees Has Come

Life-Span of This Generation