The distinctiveness of Israel, even of its 12 tribes  — 12 loaves of the showbread [Bread of the Faces/Presence] (Ex 25:30; Lev 24:5-9) —amongst the nations remains valid all the way through to the end of the coming millennial kingdom.  The last nine chapters of Ezekiel make this abundantly clear, as does chapter 7 of Revelation (not to mention the names of the gates of the New Jerusalem being the names of the 12 tribes of the children of Israel).  God knows how to keep track of this somehow (reverently speaking, of course!).  Only priests could enter inside the Holy Place:  the priests were in Israel but not of Israel.  The showbread presented the face(s) of all God’s people represented in the whole House of Israel, the twelve tribes, and only the priests partook of the leavened loaves of the bread of God (Lev 21:6), as they represented all the Children of Israel to God, and were God’s mediators to the people.  God looked upon His people through the lens of the ultimate sacrifice by fire of His Son for them to dwell forever in His presence.

The distinction between Jews and Gentiles — 2 loaves (Lev 23:15-18) for a new meal offering containing leaven in each one initiated at Shavuot — remains valid throughout the same period, as Yeshua/Jesus will reign over Israel and the other nations during His Kingdom on Earth, and we will be reigning and ruling over them with Him.  It is important to remember that the Church was a mystery until the revelation through the gospel, especially to the apostle Paul. (Eph 3:3-11)  In God’s redemptive plan and purpose, all people everywhere stand equal in His sight – sinners all needing repentance unto salvation for whom Messiah died — Yeshua having broken down the middle wall of separation and enmity between the two (Eph 2:11-22).  The new grain/meal offering (Lev 23:15-21) of a new covenant is presented upon the foundation of the sinless Passover sacrifice – Who became sin for us on the cross, so fulfilling the sacrifice for the atonement of our souls (Lev 16; 2Cor 5:14-21).  The counting of the sheaves begins from the day of the first-fruits resurrection of Jesus from among the dead on the day after the Sabbath during the Passover/Unleavened Bread week (Lev 23:9-22; Mt 28:1-7; Acts 1:3-5; 2:1), and at the first-fruits harvest at Shavuot/Pentecost, , the new living sacrifice of sinners from all humanity is presented by the priests to God through Messiah, who died as the Savior of all, but especially of those who believe.  YHVH God, in His abundant lovingkindness/grace, makes room for the multitude of the nations to join with His chosen people (Ezek 47:21-23), and we remember Messiah’s death till He comes. (1Cor 11:26)  We who have been saved are now priests of God in Christ, and present ourselves a living sacrifice with the unleavened bread of sincerity and truth within us for His sake.  Not only of the Jews is He God, but also of the nations/Gentiles. (Rom 3:29)  At present there are three classes of people in the world — Jews, Greeks/Gentiles, and the Church/Kehila of God (1Cor 10:32).

It is this last designation that causes us the most difficulty grasping:  the kehila/church is made up of both Jews and Gentiles, while being neither Jewish nor Greek (Gal 3:26-29; 6:15-16).  It is evident that certain aspects of identity are not done away with as long as we are in this body, in this world, and as the Law and the Prophets are being full-filled through the sovereign wisdom of God (Mt 5:17-18).  The church  presents a “cloudy” picture of the truth of what the apostle Paul writes us concerning the resurrection body:  the seed sown is not quickened unless it die, and that which was sown is not that body which shall be….” (1Cor 15:35-49)  The natural seed of Abraham is in Isaac (Gen 21:12), by whom Abraham believed that God could and would raise the dead to fulfill His covenantal promises. (Heb 11:17-19)  This will be fulfilled when the full remnant that is “all Israel” is saved:  God will have virtually brought them back from death, even as He did Isaac.  The spiritual seed of Abraham are those who are in the Seed –the Son of Promise — who has the pre-eminence in all things:  Messiah, whose coming was foretold in the Garden of Eden.

But already now, believers are a new creation — 1 loaf as the Body of Messiah (1Cor 10:14-17; Eph 2:14-18; Col 3:9-11)– one new man in Messiah Yeshua (the heart and climax of the Lord’s High Priest prayer for our unity and love Jn 17:20-26 ) which we already are through saving faith in the Lord Yeshua and the Holy Spirit dwelling within us who are born-again.  Just as we already have eternal life now in Messiah, so, too, are we even now a new creation — in both cases waiting for the adoption, the redemption of our bodies (Rom 8:18-23) at the resurrection or the rapture, whichever applies personally at the time. (1Thes 4:15-17)  We are already sons of God, but the resurrection brings in the reality, similar to the resurrection of Yeshua being the seal of God’s declaration in power that “today I have begotten You”. (Ps 2:7; Acts 13:32-33; Rom 1:4; 8:23-24; Heb 1:1-5)  The one new man will rule and reign with Messiah as His Bride and as priests together with Him on the throne over Israel and the nations for 1000 years. (Rev 20:6)  We who are in Christ are beneficiaries of a better covenant, with better promises and a better hope than what even Israel presently anticipates in fulfillment of her covenant promises and hopes. (Heb 7:19,22; 8:6)  The one bread leavened loaf of the communion in the Lord’s Supper presents the face of all God’s family in the Body of Christ through the finished work of His Son on the cross, and only priests/followers of Messiah Jesus partake of that one bread of God of the table of the Lord, which is us. (1Cor 10:16-17)

Jews are the natural branches and can trace their roots and heritage back through all this, but without being able to prove the specific tribal lineage.  Gentiles are brought into the Commonwealth of Israel, but without becoming Jews or Israelis.  (Eph 2:11-13 This is much like during the time of the British Empire, when Canadians, for example, received many privileges and benefits of being part of the Empire, but they didn’t become English or British.)  As believers in Yeshua and abiding in Him, God still makes use of our natural heritage and identities…they still exist and greatly influence our personalities and even worldview…but these things are passing away (not, have passed away)… while the high and upward calling  in Messiah Yeshua is set eternally before each and all of us who believe to become the focus for shaping our eternal identity (Philp 3).  This is a great mystery, but it concerns Messiah/Christ and the church. (Eph 5:32; Ps 45:10-11 Eng)

“Oh, the depth of the riches both of the wisdom and knowledge of God!  How unsearchable are His judgments and His ways past finding out!  ‘For who has known the mind of YHVH?  Or who has become His counselor?  Or who has first given to Him and it shall be repaid to him?’  For of Him and through Him and to Him are all things, to whom be glory forever!” (Rom 11:33-36) 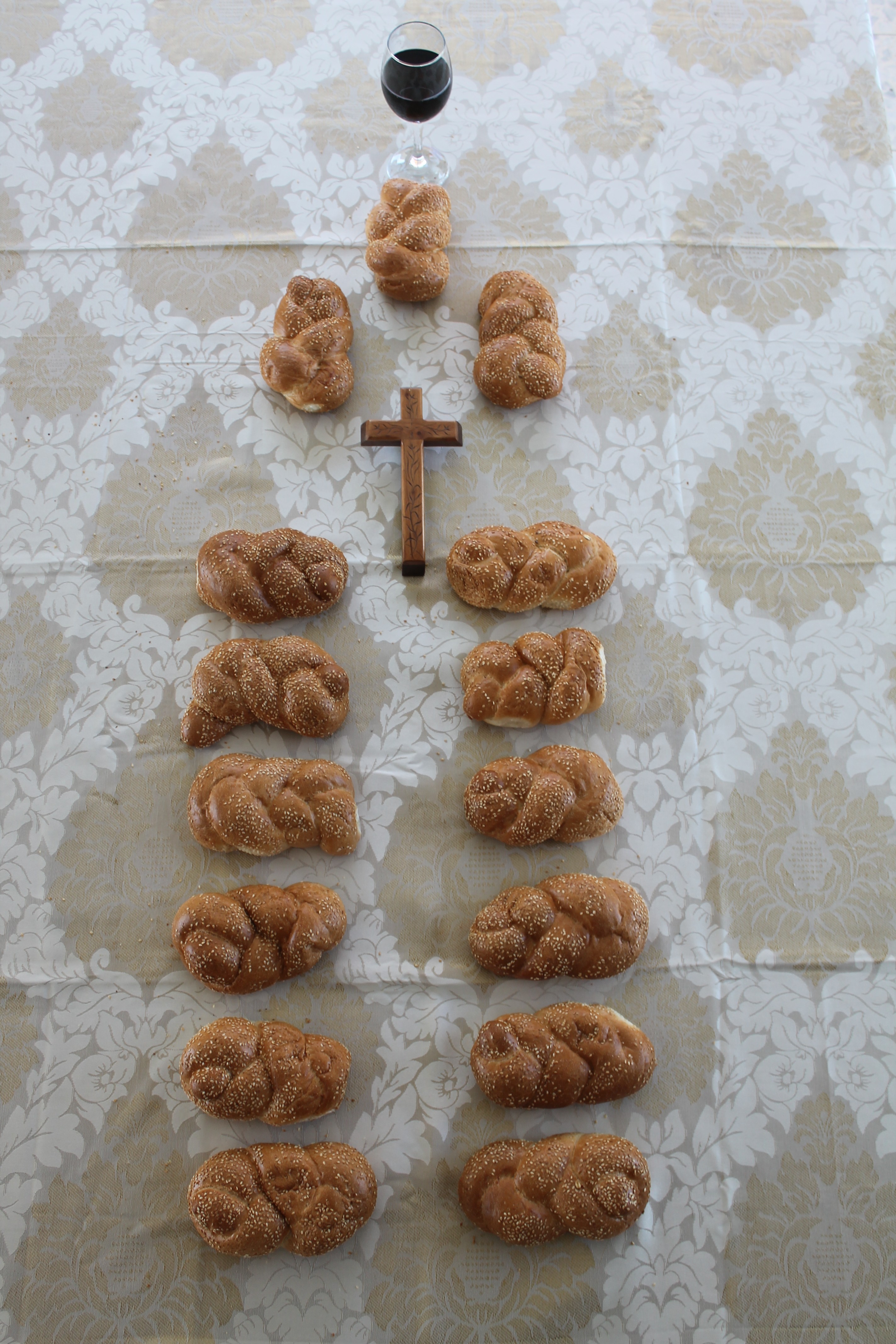 The Beginning of the Last Generation