The fullness of days and weeks has come on this 50th day, the day after the 7th Sabbath of the seven complete Sabbaths to be counted from the day after the Sabbath during the Passover/Unleavened Bread week.  Sinful Jews/Israel and Gentiles/Nations are both represented by the two leavened loaves for a new grain offering presented to God, after Yeshua/Jesus ascended back to Heaven, 40 days after He died, was buried, and rose again for the sins of us all.  Out from these two loaves, God has been calling out “whomsoever” to be saved, and totally “baked together” into the one loaf of the Body of Messiah/Christ. (Lev 23:15-17; 1Cor 10:14-17)

God will fill us with the Holy Spirit in a measure needed to overcome in these last days the onslaught of evil that we have yet to experience, and to be up to the commandment and task of striving to maintain the unity of the Spirit in the bond of peace within the redeemed family of God our Father.  We are being trained and tested during times of war and other conflicts, that the devil would like us to bring into the Body-at-large-, and into the local churches and personal relationships.  Without a filling up, we will not have the power and love for the “zeal to do it”.  God is faithful!  Hallelu-Yah!

The present war has ended in another inconclusive cease-fire.  We are all glad for this temporary relief.  If I didn’t know that Jesus is reigning over all of this, it would be a great cause of both grief and despair of “good” triumphing over “evil”.  Thank-God that He is good, and Yeshua will come again to put evil down and out!  With the further consequence of this latest war (not so designated by Israel, but only as a military “operation”) being the eruption of rioting between Israeli Jews and Arabs, the breach of the social contract within the body politic is going to only add to the straits which the Lord is tightening upon His people, intending to bring more to call out to Him in truth from the heart for His righteousness and mercies.  By continuing still to have His protective hand over His people and land, He is also reaching out to Arabs in a manner to show that He is God Most High, and that their god (if they are Muslims) does not love them, nor even know them.  But YHVH, God of Abraham, of Isaac, and of Jacob does.

Once again, Israel is blamed for what they did not start.  Beer Sheva alone had 214 rockets, but the amazing Iron Dome antimissile system knocked them all out except for 4!  Those four did cause serious damage to homes or businesses.  We’ve never had that many before, and Hamas was trying to overwhelm the defense system by shooting so many so quickly.  Another city, Ashkelon, not far from Gaza, had nearly 1000 rockets, and at least one death and much damage. We have friends there whose apt was seriously damaged, but they themselves are okay.  And in Beer Sheva, other friends from another congregation had a direct hit on their apartment, but they were in their safe room at the time, so were not injured or worse.  The apartment was ‘totaled’.  Also part of a rocket fell to the ground a few days ago after being intercepted by the Iron Dome, and this heavy chunk fell on a sidewalk near other friends from Yeshua’s Inheritance (Nachalat Yeshua) congregation.  The government helps those whose homes were damaged, which is a big relief, if not always fully satisfying, given what else might have been damaged or destroyed among personal possessions, not to mention all of the other collateral losses and trauma.

As usual, the latest war between Israel and Hamas has led to an increase in anti-Israel, anti-Jewish irrational rhetoric and policies and acts.  In other words, an escalation in blatant antisemitism, the likes of which have not been so publicly open and allowed in the West — and the US, in particular — since WW2 in Europe.

This antisemitism is not going to abate, but only intensify, even if mostly under the surface before it openly spills out.  While I grew up with varying degrees of social antisemitism, not many of us have experienced what is quickly gaining “mainstream” tolerance, as many “fine people” fear being ‘canceled’ if being brave enough to stand against it, and for the Jews as Jews, and not simply as being part of “anybody, everybody, nobody”.

I have written my extended family, and to my Jewish friends to seriously consider getting their documentation prepared, should the time come that they might need to immigrate to Israel, which now is not at all in their thinking.  Israel does have serious problems and challenges, but it is “home”, if also reeling.  It’s not over yet.  In fact, the worst may be still before us.  Iran, Turkey, their proxies, and their supporters wherever are still dead-set on “death to Israel” and “death to America”.  And, yes, there are also white supremacists in league with the antisemitism from the other side.  All of these are against the one true living God, the Creator and Redeemer, and His Book and people and land, even if they do not agree on anything else.  But there is hope “in the morning”. 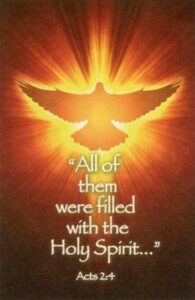 There is Hope in The Lord